In the fifteen years I’ve been mountain biking, the gender landscape of the sport has changed dramatically, but we still have a long way to go.

When I was 25 I bought this t-shirt from Howies

I’d had endless experiences of people assuming it was my husband’s bike, or that I was there to watch, not to ride. I’d lined up at the start line when the commissaire announced ‘everyone move forward’ only to find that ‘everyone’ was the men, and the women were to hang back and start later. I’d watched promo videos for races where the only women shown were serving the tea. I’d raced in 12 and 24 hour events where the women won less prize money than the men. I could go on.

In the fifteen years I’ve been mountain biking, the gender landscape of the sport has changed dramatically. There are women’s mountain bike groups sprouting up anywhere with a scrap of forest (check out Cycling Sisters Bristol, Cotic Women of Steel, the New Forest off road club and Bristol Ladies mtb rides on instagram). Bikes with women’s geometry are the norm, and women’s kit is available in all sizes and colours. It’s not just a matter of ‘shrink it and pink it’, as was the case some years ago.

But let’s not kid ourselves, there is still an enormous gender divide. Sustrans have called cycling a ‘male dominated culture’. Just open a magazine or take a spin out at the weekend and see what you see.

I’m the only woman on the board of trustees at Ride Bristol.

We have come a long way but still have work to do to see girls and women feeling like mountain biking is as natural a choice as other sports. And let’s not forget that 76% of women still never cycle (Sustrans, 2019).

What do we need to do?

There’s no simple answer to this. I still feel unusual, if not an anomaly, as a female mountain biker. The numbers of women on the trails are far lower and the number of women at races are far lower. For me, a logical area of focus is supporting girls into mountain biking and making girls’ mountain biking normative.
I run a children’s mountain bike club  in Bristol and we have less than 10% female membership. Every email I get asking about membership my heart sinks when it starts with “my son loves mountain biking… can he join?” I refuse to believe that girls inherently don’t enjoy looning around on the trails with their bikes. It’s down to family socialization. If we ate chips for breakfast every day, that would be normal, but we don’t. If our girls were taken to ride the trails at the weekend, it would be normal. But they so often aren’t.

There are campaign after campaign about gender stereotyping  of children. Although you can still buy ‘boys sticker books’ (of robots and spaceships) and ‘girls trainers’ (pink and glittery) pretty much anywhere, consumer activism has drawn attention to the ridiculous differences we create for our children. The truth is, gender differences in terms of what our children like to do, are created and recreated through tiny decisions and habitual actions in a recursive process.

If we encourage girls into mountain biking we might be able to trigger a change to the culture. If girls’ mountain biking becomes normal, it’ll be normal for them as women and as mothers, and for their children.

And that’s precisely what this YouTube campaign from Ilkeston Cycling Club is all about, showing girls just getting on with it.

And if you find that inspiring, take a look at Cyclesprog, too. At RideBristol we want to maintain and build trails that appeal to all kinds of mountain bikers, and to help make mountain biking culture fun and accessible for girls, women and everyone.

We are looking to expand the diversity of our board of trustees so if you’re interested, get in touch.

Get involved with Trash Free Trails

This April you can do something simple that makes a difference to the environment, the people around you and gives you that warm fuzzy feeling that comes from doing something for the greater good. 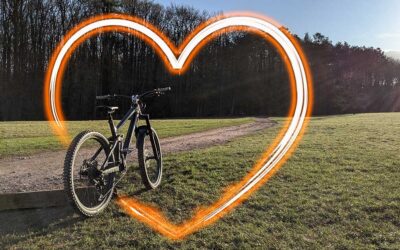 We collected stories from the local riding community about how the trails helped keep people going through lockdown.

This site uses Akismet to reduce spam. Learn how your comment data is processed.